“Daaaadddaaaaa!” She screamed at the top of her lungs. “Come here Daddy! I need you!”

It was 4 AM this morning. My precious 2 1/2-year-old daughter Amira was crying in desperation. So, what’s a good dad to do? Down to her room I went.

At first sight of me she seemed relieved, and immediately she exclaimed, “I need some milk.” We talked some, quenched her thirst, and the conversation quickly went from her dry throat to more pressing issues.

“I need to sleep with you in Mommy’s bed” (funny how that works, isn’t it?). “No dear,” I replied, “you can stay in your bed. Just a couple more hours until the sun comes up. Your bed is nice and comfortable!”

“But there are monsters on my wall.”

She said it in such a matter-of-fact manner that I had to try to keep from chuckling.

Turns out, the monsters were not just on her wall, but also in the closet, under the bed, and on the ceiling, she told me. Honestly, I don’t know where she got that idea, but she was fully convinced of the infestation.

I showed her how safe her room was, that monsters weren’t real, then I assured her that God is in our house and he keeps the monsters and other scary things away. She got tucked in and slept for a few more hours, and woke up nice and cheerful as if nothing had ever happened.  Thank goodness.

How many times do we act the same way? All around us there are “monsters” out to gobble us up. Maybe not the big, hairy, green ones, but our fear manifests itself in other ways.

It shows up in missions all around the world. May I be bold to say, Fear-based Christianity and fear-based missions is sin.

Why is it that the most frequent command in Scripture is to fear not? I believe that there are 2 prominent reasons:

1. Fear causes us to magnify a lie instead of Jesus

What is fear? It is worrying about something that hasn’t even happened yet! Satan whispers a doubt, a lie, an unfounded anxiety, and we swallow it. That’s why we find the following in 2 Corinthians 10:3-5:

3 For though we walk in the flesh, we do not war after the flesh: 4 (For the weapons of our warfare are not carnal, but mighty through God to the pulling down of strong holds;) 5 Casting down imaginations, and every high thing that exalteth itself against the knowledge of God, and bringing into captivity every thought to the obedience of Christ;”

Anything that makes itself greater than my God is an idol and must be torn down. Tear down your fear. Bring your thoughts into captivity. Trust Christ.

2. Fear causes us to miss God’s will

When fear controls your life, the Devil gets the victory because you’ve already given up. “There’s no use in trying.” many might say. When we think of reaching the world with the Gospel, what is the greatest hinderance? We have missed it because we’re dominated by fear. Paul told one of the young men he mentored in 2 Timothy 1:6-9:

“6 Wherefore I put thee in remembrance that thou stir up the gift of God, which is in thee by the putting on of my hands. 7 For God hath not given us the spirit of fear; but of power, and of love, and of a sound mind. 8 Be not thou therefore ashamed of the testimony of our Lord, nor of me his prisoner: but be thou partaker of the afflictions of the gospel according to the power of God; 9 Who hath saved us, and called us with an holy calling, not according to our works, but according to his own purpose and grace, which was given us in Christ Jesus before the world began,”

He had to remind Timothy of something that was forgotten. Fear doesn’t have to own you. God has something greater for you. The power to defeat that fear is already in you.  If you don’t squash that fear, you will miss God’s plan for your life!

Christian, What’s your fear? What’s the “Monster on the wall?” What’s lifting itself up above Jesus in your life? What’s holding you back from doing God’s will? It’s time to lay it aside and trust Christ. It’s time to live boldly for the ONE who gave all for us.

I’ll be starting a regular posting of where we’ve been and what’s going on with us as we raise support to go to Colombia. I’d love to hear your thoughts on this type of update.

∙ I attended a conference Tuesday and Wednesday in Atlanta in Spanish geared toward evangelism. It encouraged me to see hundreds of Hispanic pastors and their members excited about reaching others for God’s glory.

∙ Sunday Morning I got to preach twice while at  Trinity Baptist Church in Atlanta, GA for their missions month. What a fun time we had with these dear people (and they gave us several pints of strawberries… Amira’s favorite!). The last time I was at this church was on my 11th birthday when my parents were part of their missions conference. My, how time flies.

∙ Sunday evening we had the rare privilege to be at our home Spanish church (where I had pastored) and to interpret for my Dad as he ministered there through an evangelistic Chalk art presentation.

∙ Anabel had a follow-up appointment with her eye specialist who was the one to recommend the treatment for her tumor. She was very impressed on how Anabel has improved! We won’t go back there for another 6 months. Next week we’ll see the Pediatric Dermatologist that oversaw her treatment at Egleston Children’s Hospital.

∙ My trusty Macbook computer has officially died after 6 years of hard use. I thought it was just the hard drive, but I took it to a repair place and they said it is the logic board/magsafe board. Anyways, repairs will cost hundreds more than it is worth. Time to save up for another. Pray God provides for this need.

∙ I was able to witness to two young Mormon missionaries yesterday after helping them jump off their car battery. Matthew 5:43-48 and Proverbs 25:21-22 come to mind. Pray that these men will trust Christ as their Savior.

Thank you for all for keeping up to date with our family. It means so much to us and we are very grateful.

How can we pray for you? Let us know in a message or comment. 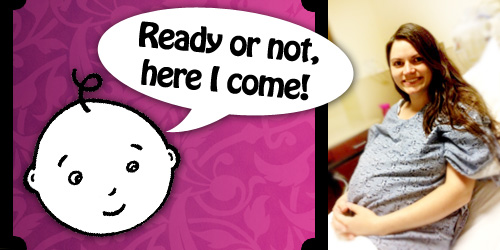 It has been an interesting week, to say the least. Not exactly what we planned, but God knows 🙂

We got home late Monday night from a missions conference about 9 hours away (BTW, thanks to the good folks of Grace Baptist Church in Newport NC for an awesome week!). Tuesday was our only free day before leaving for another two conferences starting on Wednesday. Well, since we’re hardly in town these days, we scheduled an appointment with Aubrie’s doctor. With one month to go on our pregnancy, we found out that Aubrie was having contractions every 7-8 minutes, was 4 cm dilated and 50% effaced! Basically, she was way ahead of schedule and at risk to go into preterm labor. Soooo, off to the hospital we went. Aubrie’s doctor wanted to get her hooked up to an IV to get lots of fluids in her and continue to watch her contractions and the baby.

Long story short, we only stayed a few hours before they sent us home with very specific instructions for Aubrie to be on bed rest, mainly to keep this baby from coming too early. The goal is to get us until May 3rd when she’ll be a full 37 weeks. That’s still 3 weeks early, but it will be far enough along that the baby shouldn’t have any complications.

Like I said, it’s been an interesting week! I cancelled our other two conferences and decided to stay home to take care of Aubrie and Amira. Don’t get me wrong, I’ve occasionally cooked meals, washed clothes, washed dishes, changed diapers, cleaned the house and kept up some with our 2-year-old before… but this has been a whole new ball game. Taking care of these things exclusively while Aubrie rests has been an eye opener to how awesome of a wife and mother she is! To think she does this stuff all the time, without complaining and still keeping up with me as we travel… well, it’s amazing! And some people say that housewives don’t have real jobs… ha.

I know you’ll read this Aubrie… Thank you. I love you and appreciate all you do. You’re the best.

Now, if we can keep this child cooking for just a little longer that would be great. Only a few more days left until we can reach 37 weeks. Aubrie is still having plenty of contractions, even with rest. But we know our next little princess will come when she’s ready, and God will give strength and grace to bring her into this world.

I’ll let you all know when our girl arrives. As the day approaches I’ll be posting pictures and micro updates on our Twitter and Facebook accounts if you’d like to stay even more up-to-date. Thanks for your prayers. We love y’all!

Here’s a video of Amira getting ready for her little sister’s arrival. She and her mommy have made a book to read to her. It is adorable. 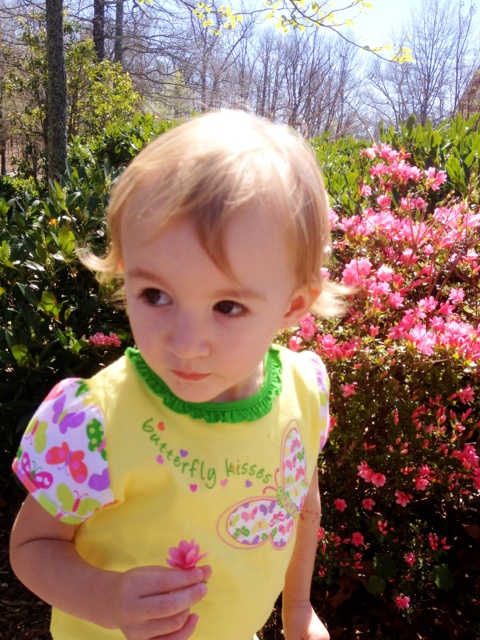 Two years ago I met a princess!

You came into this world wide-eyed and screaming for attention (not much has changed). Your curiosity for all things around you has always driven you to learn, explore, discover and experience life.

Now, as we travel all over America talking to churches about what God wants us to do in Colombia, one of your favorite things is to go “bye-bye.” You like going to church, making new friends, checking out the nurseries, running around with the deacon kids and getting into trouble! 😉

You love to talk! I think you take after your daddy on that one. When we pray and read the Bible as a family, you like to repeat what I say. It is super cute!

Anything to do with music is right up your alley. You like to jam out on the piano with Daddy, and we frequently hear you singing Jesus Loves Me, I’m in the Lord’s Army and the B-I-B-L-E, all on your own.

If it’s furry, slimy or fuzzy you always want to catch it and hold it. Yes, just like with your sweet mommy, animals draw you in like a magnet!

Some call you the bunny because of your affinity for hopping, jumping and skipping. It brings a smile to many faces. You’re a joy to be around.

We love you. Happy birthday my sweet Amira! Our princess. May you grow up and know Jesus like Daddy and Mommy, may you fall in love with Him and always desire to live for Him with all that you are. 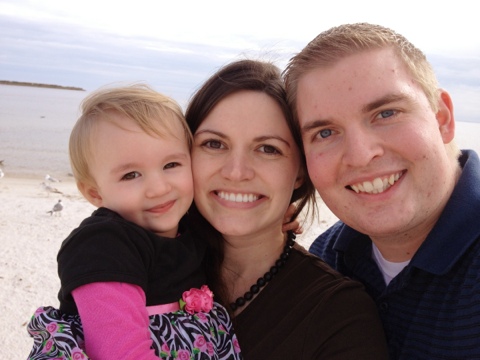 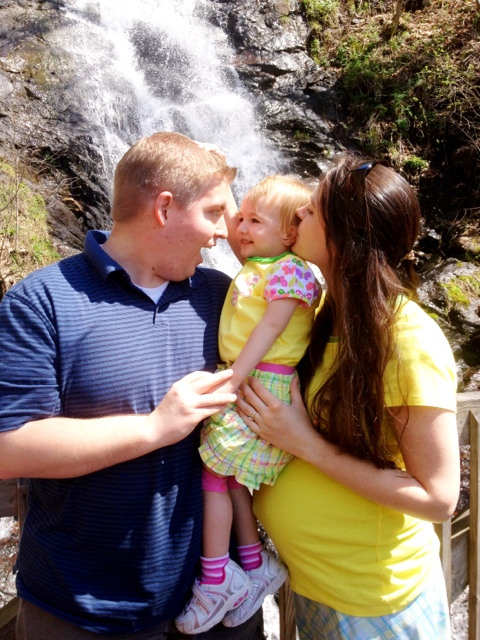