• Over the past two weeks God has allowed me to be in 9 meetings in Georgia, North Carolina & Louisiana

• Wednesday – Sunday of this past week was spent in Zachary, LA at Grace Baptist Church. I don’t know of many other churches that are so given to missions! What a blessing it was.

• On the way to Louisiana last week I was able to stop by Pensacola Christian College in FL to see my brother Zach. He’s a music major in his 3rd year there… love that guy!

• We’ve picked up two new supporters (and a couple other “hopefuls” as well!) over the last two weeks. I believe this puts us right at 50% — Praise the Lord!

• Iglesia Bautista El Faro, the Spanish church we started in GA celebrated their 6th anniversary last Sunday. It really killed me not to be there, but I was told that the Lord really blessed in a great way! The Lord is doing such a great job through Pastor Alfonso.

• Hell’s Gates, an outreach event at our home church, has also gone very well. My pastor told me today that 84 people have made salvation decisions so far this month! If you haven’t been yet and live anywhere near Georgia, you should definitely make plans to go. There are only two weekends left. Let me know if you have any questions.

• IN THE NEWS: Please be praying for Colombia as they begin peace talks with the FARC rebel group today in Norway. This has been a highly anticipated event that has brought many mixed feelings amongst Colombians. May God’s will be done.

• VIDEO: Why You Should Bring Your Young People To The Summit

• FROM THE WORD:  “As every man hath received the gift, even so minister the same one to another, as good stewards of the manifold grace of God.” 1 Peter 4:10

• Some pictures from the week:

Anabel and Amira, all ready for Sunday church! 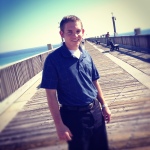 Grace Baptist in Louisiana took the missionaries skeet shooting during the missions conference. Can you believe that I missed all 50 skeets?! Man, I need to practice…

The Parade of Nations at Grace Baptist. This was cool.

Thank God for modern technology like Skype. I get to chat with my family all the time when travelling my myself. Notice the little eyes behind the couch. 🙂

Thanks for keeping up with us. We’d love to hear from you… just comment, message or email us to let us know how we can pray for you. May God bless!

A few pictures from the week…

The following interview by TIME magazine with Colombian President Juan Miguel Santos is worth a few minutes of your time. It may give you a glimpse into where Colombia has been, and where they are going as a country. Would you pray that God would send more laborers into this needy harvest? There are still millions who have never heard the truth of the beautiful Gospel of Christ.

Check out this video of Colombian police seizing a huge submarine meant to smuggle up to  10 tons of cocaine at a time.

(Click here if you can’t see the embedded video)

Thank you for staying up to date with us!

With about 3 months left until local elections in Colombia, at least 21 political candidates have been assassinated just this year by illegal armed groups. Perhaps they stood for issues that were against the group’s agenda. Perhaps they were vying for control over an area already controlled by these groups. Perhaps they were simply in their way. At this rate, I really don’t know why anybody would have a desire to be in the Colombian government!

It burdens me when I read headlines like these about Colombia or other parts of the world, knowing that they so desperately need Christ. If we could only get them the Gospel it would change everything!

Check out what Paul said in 1 Corinthians:

“For I am the least of the apostles, that am not meet to be called an apostle, because I persecuted the church of God. But by the grace of God I am what I am: and his grace which was bestowed upon me was not in vain; but I laboured more abundantly than they all: yet not I, but the grace of God which was with me.” 1 Corinthians 15:9-10

If you are familiar with the story of the Apostle Paul, you’ll know that God really took him from one extreme to the other. He killed, imprisoned and persecuted God’s people until Christ became his Savior, upon which time he then became a catalyst for new church plants, leader training and early church edification. Not to mention God used him to pen at least 16 books of the New Testament portion of the Bible. Incredible.

Now, though the people who are responsible for the violence in Colombia aren’t necessarily targeting Christians (though they’ll take out whoever stands in their way), could you imagine what God could do with their lives if they ever became HIS disciples!? That passion that once was used for a violent political agenda would be channeled into a purpose for God’s glory! We would never know the full impact of a life that is won for Christ. As one man put it, “You can count the seeds in an apple, but you can never count the apples in a seed!”

But what is standing in the way between these extremist groups and others becoming sold out for God and where they are now?

They don’t have the Gospel!

“For I am not ashamed of the gospel of Christ: for it is the power of God unto salvation to every one that believeth; to the Jew first, and also to the Greek.” Romans 1:16

“If our gospel be hid, it is hid to them that are lost: In whom the god of this world hath blinded the minds of them which believe not, lest the light of the glorious gospel of Christ, who is the image of God, should shine unto them. For we preach not ourselves, but Christ Jesus the Lord” 2 Corinthians 4:3-5

The Gospel is what changes people. It is the story of Christ’s undying, sacrificial love demonstrated for us on the Cross, paying for our sin. It is the truth that only He can save, only He can change, and only He can give us hope.

The Gospel is powerful.

The Gospel is our most effective weapon against the dark forces that have blinded the world.

The Gospel is what needs to be preached.

But, the Gospel is being hidden.

We haven’t taken them the hope we hold so dearly in our own lives. How shall they hear without a preacher?

And how shall they preach except they be sent?

Pray that we can get to Colombia soon. Will you pray about coming with us?