← Ready to Go Daddy!
URGENT!!! Missionary and wife robbed at gunpoint in Argentina →

The Lord really blessed in our meetings this past weekend! I was able to present our burden for Colombia then preach in Iglesia Bautista Trinidad in Jacksonville, Florida and in Iglesia Bautista La Gracia in Moultrie, Georgia. Both of these churches were such a blessing to us, and there was at least one saved after each service. Praise the Lord!! One of the coolest things while on deputation is being able to preach in so many places and see how God has been working in people’s hearts through us. 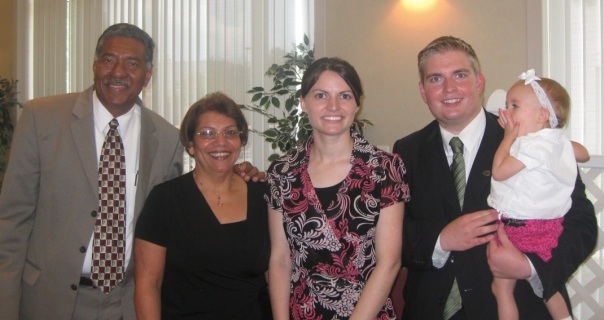 About 7 years ago, while living in Peru studying missions and Spanish, God crossed my paths with a great man of God. There have been quite a few men that have invested in my life and have been personal mentors to me, but there is one that God used momentarily to make a big impact on my life. His name is Alberto Gomez. At the time, he was pastoring a very successful church in Colombia, and had already started several others. In the 3 or 4 days I was around him, God used this man to start burdening my heart about Colombia. I was already committed to missions, but it was this man who first challenged me to pray about going to the country we’re now headed to as full-time missionaries. I never had a chance to tell him thanks until recently. And I preached in his church on Sunday.  It was an honor, to say the least.

Ever since I’ve gotten my driver’s license, I have never not wanted to drive. I love driving. Good thing, I guess, since we’re travelling around the country now on deputation. Well, this past weekend, my wife decided to help out some with the driving so I could get some work done. I never thought I could make her so nervous! Role reversal, maybe? lol… We’re still trying to figure out a good system, but it sure is nice spending hours upon hours with my family as we travel. I can’t say that I mind being stuck in a car with my favorite people in the world!

Who are your heroes? Who makes you nervous?

Posted on July 12, 2011, in Deputation and tagged Deputation. Bookmark the permalink. Leave a comment.

← Ready to Go Daddy!
URGENT!!! Missionary and wife robbed at gunpoint in Argentina →